Sometimes we are given signs. Being a glass half full kind of guy, I always assume that these signs are telling me to go do something, as opposed to warning against. I mean, who wants to be told NOT to do something, right?

That's why when the reply from the seller of the EX 500 came back with these words: "If you want this thing, we can definitely make a deal.", I naturally assumed that was the sign to hop in my truck and drive 2.5 hours to take a look at it. This is what I saw: 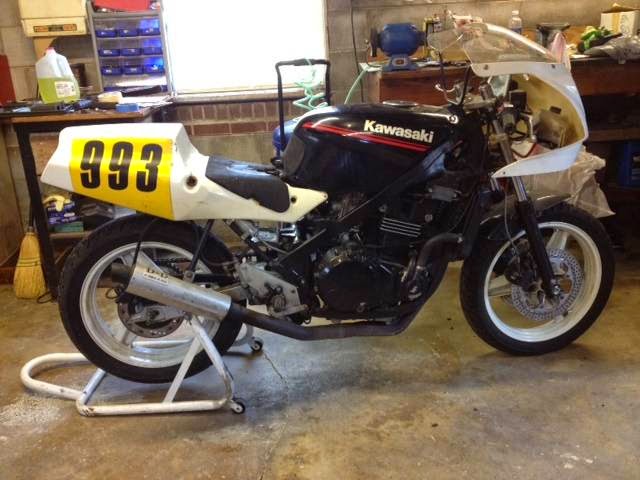 It was disheveled, mismatched, corroding, well beyond its prime, begging to die. And it was beautiful. Under the veil of ugliness, I could sense a heart of gold. The machine bristled with safety wire, and oozed patina (and oil, coolant, brake fluid, battery acid). The D&D exhaust, Keihin CR carburetors, Works shock, Air Tech bodywork, rear-sets and other goodies spoke of a true race track refugee, scars and all, begging for another chance to fulfill its purpose. Sure the brakes were seized and had to be freed with a hammer, sure the motor didn't run, the tires were dry-rotted, the shock and forks leaking, but there was potential there man, potential. For exactly what I can't say.

The owner told me he purchased the bike from a racer while living in Northern California, used it for 2 track days and then parked it. He dragged the thing with him all the way to the East Coast when he moved for work, where it sat in his garage for nearly ten years, rotting. And waiting.

"What are you looking to get for it?"

"Ok, but you have to throw in the rear stand."

The rat squealed with delight and a new chapter began. 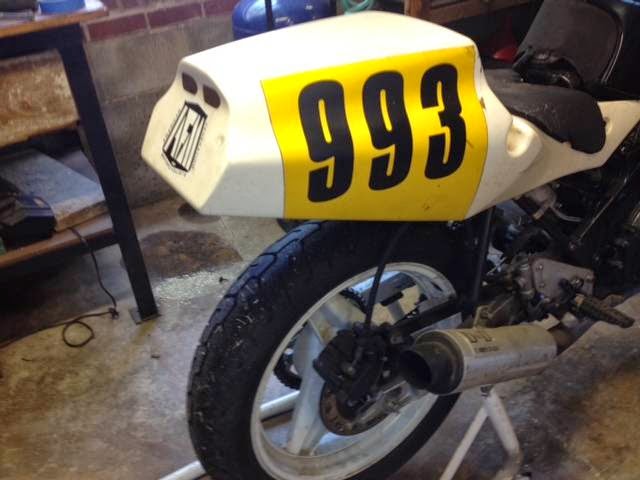