Pictures from the VCHSS April Fools round, where I ended up the fool by being docked two positions in a bad call by the flagman. 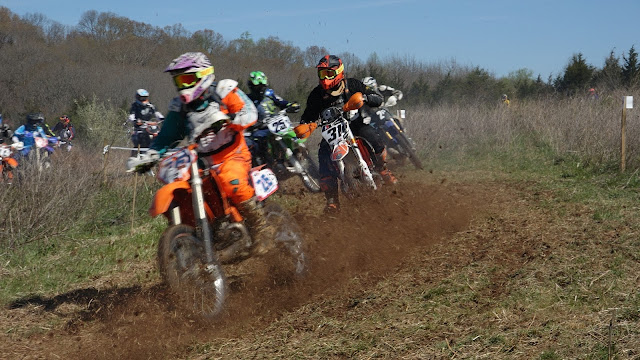 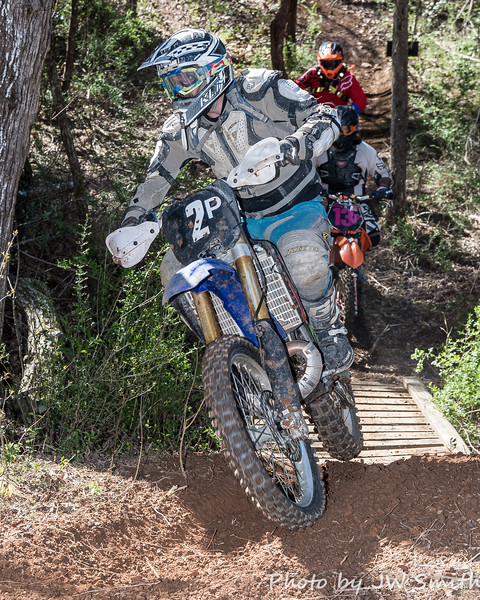 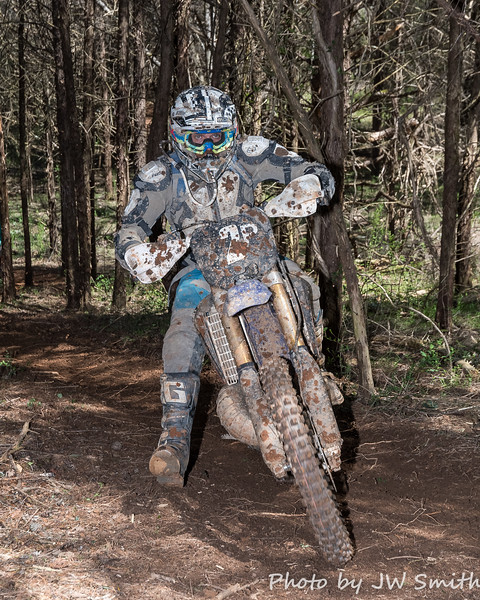 Posted by Kris Larrivee at 6:52 AM No comments:

What, you say?  Two races into the season and no long winded multi-post race reports?  Whatever is the problem?

Suffice it to say things have gotten off to a somewhat ignominious beginning for my 2017 VCHSS season.

I was taken out twice on the first lap of the first race by two different riders, the second mishap led to some trail-side fisticuffs (a moment I not proud of).  Battled my way back from last place to 2nd, 56 seconds behind the eventual winner Pete Jenkins.

The second race I had a stupid first lap crash moments into the woods that left me unable to re-start the bike for over a minute.  Once again dead last out of 22 riders.  Worked my way to 7th, then to 5th for the second lap.  Having caught up with 3rd and 4th place on the last lap I waited for someone to make a mistake, which the 4th place rider did, and I passed.  Pete Jenkins is in third, now directly in front of me.  I am running out of time to get by, so I knew I would have to force the issue in the woods.  We come to sort of a straightaway, with about 16 inches on Pete's right side to make a pass, I went for it, and made it stick.  Putting my head down for the next three miles to make sure he couldn't re-pass led to a mistake that would later cost me.  As I came out of the woods I was momentarily blinded by the sun and came into timing and scoring a little hot.  In order to avoid taking out the rider in front who had slowed dramatically, I ran a wheel up on his inside and hard on the brakes.  The flagman accused me of making a pass in a "no passing" zone, which is a little bit ridiculous considering I never got by the rider (who I knew was in a different class), and promptly disqualified me.  The flagman would hear none of my explanation and I was soon surrounded by other spectators shaking their heads at me.  I was told to take it up with the referee, which I did.

When the referee arrived I shook his hand, told him my name and class and what had transpired, all in a very calm tone of voice.  I learned a long time ago yelling at officials is never the way to go.  He promised to look into it.  An hour later the decision was reached, since I had not actually passed anyone they would not DQ me, but they still felt it was necessary to dock me two finishing positions, which brought me from 2rd to 4th.  I was then given the choice to take the 4th or the DQ.  I took the 4th place, knowing those points might came in handy later in the season.

There it is, in a nutshell, my season so far.  Not exactly the way I hoped, but that's the way with racing.....

Posted by Kris Larrivee at 11:54 AM No comments:

I spend a lot of time alone.  Ride, wrench, live.  This generally means that when I do something stupid or embarrassing, there is no one there to see it.  I like it that way, I get to have a laugh at my own expense without worrying if anyone else noticed.  And when the joke is over, it's over, there is no grinning chucklehead constantly reminding me of that thing I did that one time....

On rare occasions though, I do something so monumentally (*warning, non PC descriptive term to follow, consider yourself warned) retarded that to not share it, at least in some uncharted, rarely visited internet backwater blog such as this, would certainly be a crime.

So for the intrepid wanderers and other happenstance visitors who might stumble upon these ramblings, I present, for your amazement and amusement, photographic proof of my latest bumble and bungle.  I will provide you with three pieces of information regarding said photograph:

1. It was late, I was very tired, and pissed because I had already pinched one brand new tube.

2. The tire iron is coming out, not going in.

3. I ran a two hour race and three 1.5 hour practices before the iron in question began to make its egress (from what was essentially a brand new tire).

Posted by Kris Larrivee at 5:17 AM No comments: