I came into the third round of the Virginia Championship Hare Scrambles Series more relaxed than the previous two rounds.  After being center-punched and taken out by competitors and losing finishing positions due to executive decisions I found myself in an all around frustrated state of mind.  A weekend of play riding and camping in Sandy Level, VA helped to turn that around.

May 7, we are back in Martinsville, VA for the Blue Ridge race, which I won last year.  The hilly, muddy terrain suits my riding style and confidence is high.

The ground trembles as the bikes thunder off the start.  I get off the line in a decent sixth spot.  I hang back, waiting for the body and bike to warm before putting my head down.  No mistakes today.

About ten minutes in, it's time to go.  Making it up to fourth, behind Pete Jenkins, who currently leads in points.  We swap positions a few times, finally I get ahead and pull a small lead.  It's going to be a good day.

Fate has other things in store.  Starting a long descent on a muddy, rocky hill, pushing down on the rear brake suddenly yields no results.  I try again, figuring there is mud on the rotor.  Nothing.  Two more minutes of this shit and it's getting worse.  Pete comes by, as well as another rider.  Coming to a creek crossing, I dismount to figure out what the hell is going on.  A quick look a the rear brake slave cylinder reveals the issue.  One of the two bolts holding it in place has snapped, allowing the slave to rotate whenever the lever is depressed, preventing any brake action at all.  My mind races to possible fixes.  There are limited tools in the my bag, a couple of zip ties, no bolts and nothing to extract the broken one.  By the time I am able to affect any sort of jerry-rig repair, the hope of a respectable finish will be gone.  It is either quit, or soldier on.  There is no quit for me.

If you've never ridden a dirt bike with no rear brake, let me assure you it is quite an eye opening experience.  While the front brake supplies most of the stopping power for a motorcycle, in the dirt a rear brake is crucial setting up for turns, balance, and keeping the rear wheel from attempting to pass the front on slippery downhills.  In short, it is quite a necessary item, and on the hills of Blue Ridge, even more so.

My pace slows considerably, but I'm still mowing down saplings, unable to get the bike under control on downhills, falling off two or three times.  Eventually I find a rhythm, turtle-like as it is.  It starts to be somewhat fun, trying to do this without a rear brake.  That is until the third and final lap, when the front brake, heated up and grabby from all the use, decides to bite a little harder than intended on a descent and promptly launches me over the handlebars.  The landing is on a pile of rocks, and despite body armor, still manage to get the wind knocked heavily out of me.  Laying there, looking up at the sky, gasping for breath as pain sets in, I decide I'm done.  I've had enough.  Want to have a good cry and then go home.

A cold voice inside my head says, 'Get up you pussy.  Finish the damn race.'  There seems to be no choice but to heed this seemingly otherworldly command.  I remount and say a little prayer to any deity in the vicinity that the Gas Gas starts.  It does, allowing me to continue gingerly, tentatively.  Adrenaline gone, I try not to focus on the pain, but rather on not falling down again.  I finish that last lap, and the race, in seventh place, only five minutes behind the winner.  Not bad for no rear brakes and some bruised ribs.

I'm glad I listened to that voice.

Today the motorcycling world mourns the loss of one the great ambassadors of motorcycle sport, The Kentucky Kid, Nicky Hayden.

His accomplishments and impact on racing are being talked about throughout the international motorcycle community, along with an outpouring of grief.  I have few words to add to what has already been said but want to leave you with this quote in regards to Nicky from "Knotcher" found on the WERA Motorcycle Roadracing Forum:


"I'd rather be half the man, than all the racer." 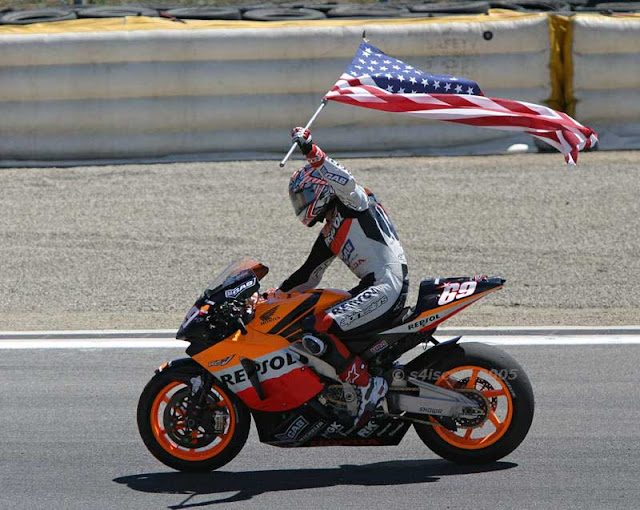 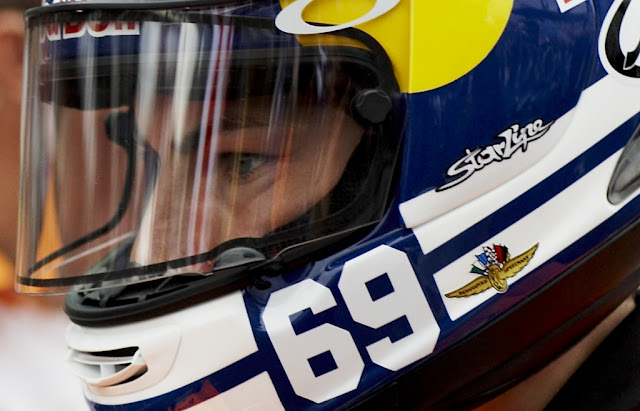 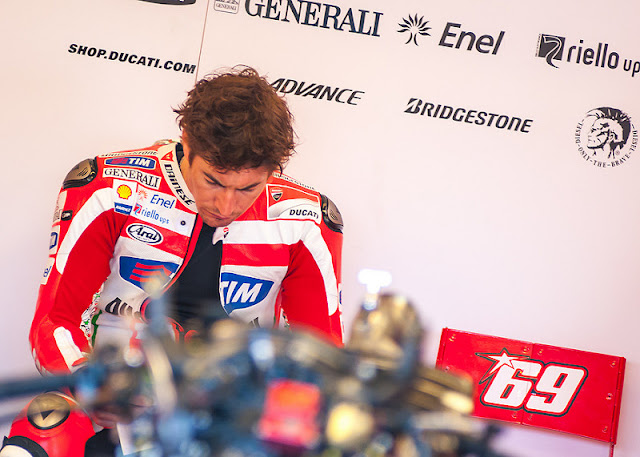 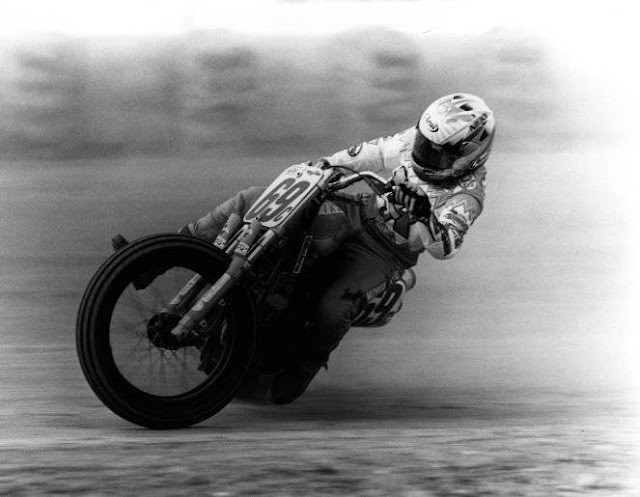 Posted by Kris Larrivee at 11:49 AM No comments:

It's a funny thing when passion trumps logic.  Those rare moments that silence the naysayers and odds-makers, when a thing happens not because it is likely, but due to the sheer force of will and tenacity of the parties involved.

One of those moments happened this past weekend at Round #3 of the Virginia Championship Hare Scrambles Series in Martinsville, VA, when Will Nauta, of Gretna, VA won his first 30+ C class race.

Why is that rare you ask?  People win races all the time, no big deal.  Well it is kind of a big deal, because Will, only in his second season of hare scrambles racing, was riding a Kawasaki KDX200, a design so long in the tooth that even the manufacturer dropped it from their lineup over a decade ago.  A design with engine technology that was cutting edge way back in the early 1980s and suspension tech from even earlier.  A design that many racers look upon as quaint and outdated, a playbike, the kind of thing that could never win races in this modern day and age.

Only on Sunday, May 7, 2017, Will and his well fettled, self-tuned, but stone axe tech machine were a force to be reckoned with, taking the win after a last lap pass on the leader and winning the race with 20 seconds in hand, a small speck of well seasoned Green in a sea of Austrian Orange.

Congratulations to Will on his gritty win in the muds of Blue Ridge and for showing us all you don't need a $10k dirt-bike and a $50K toy-hauler to kick a little ass and have an obscene amount of fun....


Posted by Kris Larrivee at 5:21 AM No comments: