A Touch of Obsession

The point is not thinking too much, but thinking too much about the wrong things.  I know now what is capable through focus, by thinking about the right things.  It's amazing how fear melts away when you know what is truly possible.  I set out to accomplish something few ever will.  Granted I understand it's not like I cured cancer or brought about world peace, but I did achieve something outside the cookie-cutter, socially acceptable mainstream, and I did it mostly my own way.  I followed the rules that I had to, broke the others I didn't and made up the rest.  And you know what?  It worked.

So now, how about a big fuck you to all the nay-saying, shit-talking, ineffectual little turds that never took a chance on anything, the internet tough guys running off at their keyboards and hiding behind avatars and screen names, the ones who "care not to come up any higher, but rather get you down in the hole that they're in".  I'll tell you, those Number 1 plates feel pretty good in my hands.

But the joy is short lived and I fear now I understand the curse of those who would undertake a thing and succeed at it: there is always more to be done.  Laurel resting is for the ones whose stories have ended, seeking tropical vacations and a comfortable chair.  I look back upon this season not to remember fondly or to congratulate myself, but as a reminder of how far I have come.  And as the starting point for how much further I have to go. 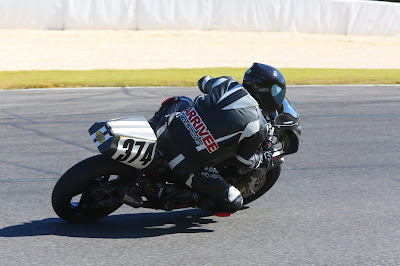