Parts and Labor, Preparing For War


As the time before the WERA Grand National Finals shortens, preparations reach a near fever pitch.  The FZR and EX have been getting the fine tooth comb treatment.  Valve clearances are checked, oil, coolant and brake fluid changed, calipers scrubbed clean, chains cleaned, lubed and adjusted, any bolt not safety-wired is checked for proper torque.  A small flashlight is used for inspecting dark crevices that might never see the light of day, but could be hiding an oil leak.

Both Fox Twin-Clicker remote reservoir shock absorbers have been sent to Thor's Evolution Suspension (one of our sponsors) for refreshing. 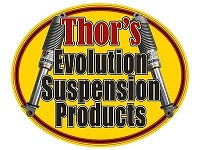 Thor re-built the EX shock previously, but has not worked on the FZR, which the previous owner told me was rebuilt less than ten races ago by a "reputable" suspension shop who will remain nameless.  When Thor got the shock apart he discovered that the shock had been poorly rebuilt, the seal head bearing had been installed incorrectly, damaging the PTFE coating on the bearing.  It kills me a big name shop can turn out that kind of shit work on items racers are trusting with their lives.

This is one of the reasons I prefer to deal with Thor, he is a one man show.  I know the guy I am handing my stuff to is the one who will be doing the work, not pawned off on Corey, the ham-fisted apprentice tweaked out on too many Red Bulls swinging a five pound mallet with one hand, vice grips in the other, and cell phone in the other texting his knocked up girlfriend.

Racing teaches us that a competition machine is the sum not only of its parts, but also the labor that goes into making those parts work together and keep them in harmony.  It's one part routine maintenance, two parts massaging and finessing and the rest intuition guided by years of experience.  A motorcycle cared for thusly becomes a weapon.  A weapon to win the war.