Hypnotized by eight hours rhythmic see-sawing of the van's steering wheel to maintain a reasonably straight path down I-85 (I promise to replace those ball joints!), I arrived at Road Atlanta at 2:30 am. In less than seven hours I would be on the racetrack.

A bearded fat man in a t-shirt three sizes too small sitting in a tiny, dimly lit booth utterly fails to welcome me to the track. I ask for directions and he replies in a series of coughs and grunts that sound like he is choking on a powdered donut, then makes a few flabby hand signals that convey no particular direction at all. So much for southern hospitality. Maybe he had been cooped up in that little booth too long....

After 3 laps around the perimeter of the pits I finally give up and insert the van between two large trailers and start unloading. There won't be time to set up tomorrow with registration and practice. The size of the race rigs, semi-trailers and toy-haulers bigger than my house, is daunting. Here I sit in a 20 year old van with my home-built bike, close-out leathers and general odor of blue collar failure. I am not envious, but there is a certain amount of trepidation, like being the poor kid on the playground in the $5 K-mart Chuck Taylor rip-offs that never look quite right and church basement 2nd hand Tuff-skins about to get his ass kicked by a bunch of Levis wearing douchebags with popped Izod collars. I know there are other paupers peppered throughout the paddock, but I can't see them for the skyscraper motorhomes or hear them over the sound of bazillion watt generators powering all the creature comforts.

Oh yeah, and it's hot. Welcome to Sweatlanta. 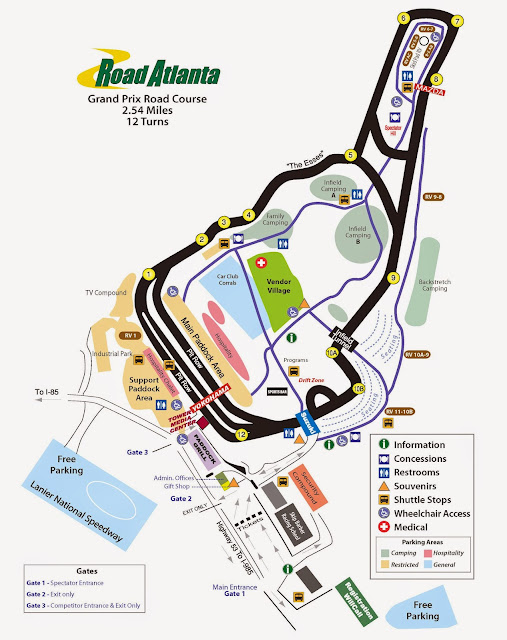