"Who hath ordained that a parchment scroll shall fence round miles of land?  When millions of hands want acres, and millions of acres want hands?" -Augustine Duganne


Five hours in the woods.  60° meant all the fair weather riders showed up.  After nearly two months riding alone, it was time to share.  I wasn't sure how I felt about that.

Spend enough time roaming around on a plot of land and you form attachments, begin to feel a sense of ownership.  Obviously not in any legal sense, that was held by some corporation who simply hadn't found a cost-effective way to make the soggy tract of land with no viable traffic access profitable.  Yet.  Somehow, it was mine, at least a little bit.  I had conquered every hillclimb out there, searched out all the paths others couldn't be bothered to ride, carried out trash left by shitheads who didn't give a damn.

One of yesterday's riders described the place as "Heaven", and I supposed he was right.  A few hundred acres of wild surrounded by uncountable square miles of mild.  But a shadow crossed my mind as he spoke the words and I knew all too clearly, it cannot last.  Someday the fences will go up and the establishment will come down, on us, who only sought to enjoy the fallow land.

Heaven is where you find it.  You always have to be looking, because it keeps moving around. 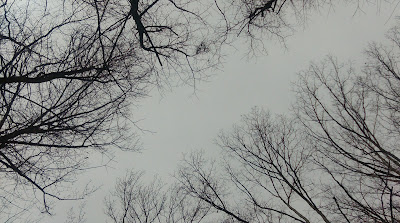 Posted by Kris Larrivee at 5:25 AM