"Shorter of breath and one day closer to death." -Pink Floyd

I wasted a lot of time in my 20s (and 30s).  Wasted it not doing what I wanted to be doing, what I should have been doing, instead doing not much of anything.  Sure I did some racing and riding, but there was not a real commitment on my part.  I spoke passionately about it, I spent lots of money, but deep down in some quiet little corner of my brain I knew I was not doing what it took to win, partially because the spoiled child inside me still thought I was entitled to it, and partially probably because I was lazy.

It wasn't until 2014 that I decided to get really serious about it.  I mean, if you aren't out there racing to win, why not just do a trackday or sit on the couch watching football eating greasy chicken parts?  Regular readers of the blog will already know the story, for those that don't, might I suggest some studying in the speedofarrival.com archives?

Success followed, but always hand in hand with adversity and always at a price.  Nothing came easy, but things started to make more sense.  I finally realized what it took, and it took a lot.  That's what got me thinking about all that wasted time.

There are hardly enough hours during the week now, between riding, training and the job I have to work to afford it all, that I can't imagine wasting a moment.

Maybe that's what a real mid-life crisis is, the inevitable realization that while the span of time may be infinite, our time to span is most certainly not.  The end of things is not particularly scary to me, but rather the thought of unfinished things, when only recently, so late in the day did I even know what those things were.  What kind of race is it when you are twenty years behind, running in the wrong direction? 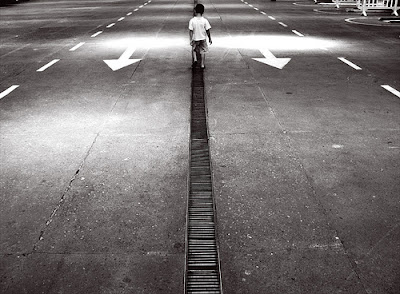 Posted by Kris Larrivee at 5:47 AM