Purity of Intention By Degree of Madness

It's good when you can enjoy yourself at the racetrack. But it can feel like a job a lot of the time, especially when things go wrong. Those moments, the ones that will have you questioning your very participation in a clearly mad activity, separate the slightly off kilter from the truly insane.

Most of the racers I know personally do not have any lucrative sponsorships, and there is very little, if any, prize money waiting for them after the checkered flag. They have "real" jobs, responsibilities, somewhere else they have to be five or more days a week to make it to the track on the weekends.

That's why it is easy to forgive one of us "weekend warriors" when we throw in the towel and pack it up for home as the shit starts hitting the fan. Who wants to spend all weekend patching up a wadded motorcycle or trying to suss out a mechanical problem that has you baffled? Or get back on the motorcycle you just crashed, leaving you battered and bruised and see if you can do it again? It is much easier to retreat to relative safety to lick wounds and catch the end of the football game than see it through. Nothing wrong with that.

What of those that do stay until the end, be it bitter or sweet, the ones who came do to a thing and hell or high water, do it? I've witnessed it with my own eyes, unknown, underdog racers slaving in the pits into the wee hours of the night to repair a smashed motorcycle for the next morning's skirmish, no hope of glory or carrot of riches. Injured nobodies sporting pain and broken bones as their only trophies, yet they will not lie down, will not concede.

They must be fucking crazy. No sane, rational person would continue under those circumstances, not when a warm bed and 148 inches of high definition narcotizing await. As a culture we might accept our television heroes doing this, some multi-million dollar golden-boy athlete playing with a boo-boo at the big game because he can't let the throngs of adoring fans down or the injury clause in his contract kick in. But we cannot understand when Mr. Relative Obscurity does such a thing. At the end of the day, he will not be remembered, receive no honorable mention, be financially poorer and possibly physically damaged. Neighbors, co-workers and the general lemmings will look upon him with disdain.

Animals understand risk versus reward, by instinct and genetic programming they look for the easiest meal, receptive mate and most comfortable circumstances. So do we, as animals, for the most part. But not always. We are the only creatures with the ability make decisions based on some elusive higher calling, to buck genetics, conditioning and herd mentality, to willingly choose pain and discomfort when other options lie in our path. To do a thing with no hope of tangible reward and the odds forever tipping in the house's favor might call our ability to stand trial into question. When a "normal" person does abnormal things like these we call it crazy. Maybe so, but it may also be the only thing that separates us from the beasts. 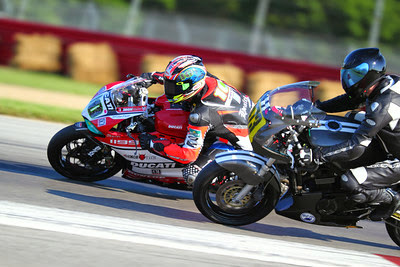 Posted by Kris Larrivee at 7:50 AM