A Season of Reflection

The 2017 race season did not go as planned.  Racing is like that sometimes.  After finishing 2nd overall in 2016, the assumption was that there was nowhere to go but up.  Competition is a cruel mistress and her designs often differ greatly from ours.

The first race, back in March, set a tone for the rest of the year, taken out first lap by a rider in another class.  Then there was the disqualification for accidentally bumping a rider coming through timing and scoring.  That sucked.  Followed by three stupid mechanicals, one occurring with a huge race lead just minutes from the checkered flag.  Stupid.  Accused and accosted by sensitive souls who did not like my riding "style", one certainly could not help feeling besieged and beset on all sides.

Twenty years ago I would have lost my fucking mind in frustration, and while I may have considered it in 2017, I did not.  Hare scrambles are long races, anywhere between two and three hours.  The easiest thing to do is burn yourself out in the first twenty minutes.  A seven month race season is the same way.  Both become about energy conservation, going like a bat out of hell, but always saving a little meatloaf for later.  Chip it away and build it up.  And then it still doesn't go your way.

At final tally, I ended up third overall, good enough to see me ranked as a "B" rider by the AMA.  Things will change for 2018, becoming once again a goldfish in the mighty big sea.  What am I going to do about it?  Chip it away.  Build it up.  Watch.  And learn. 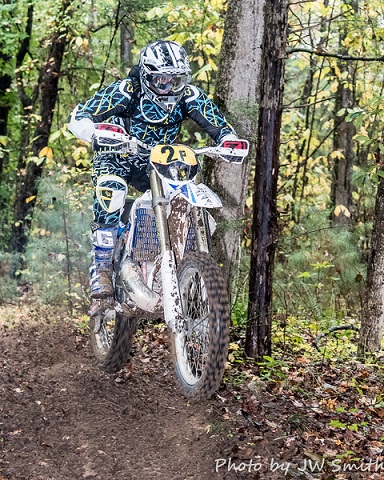 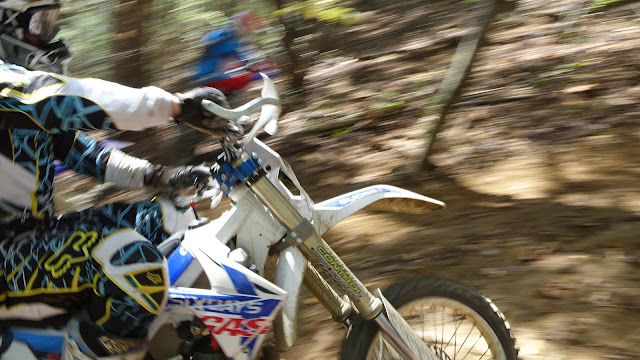 Posted by Kris Larrivee at 5:38 AM