I've always wanted to go as fast as I can.  Ever since I was a fat little kid crashing my Batman tricycle into one of the supports of our carport bloodying my nose to the 100 mph get-off in Turn 2 at Mosport in 2007 that left me with a forever wonky ankle and shoulder, velocity has been a big part of my life.  As well as the pain that can accompany it.  A matter of paying dues I guess.  I've got the scars on my body and brain and a whole room full of useless plastic trophies to show for the pursuit of it.


The most important lesson to learn is that you have to sneak up on speed.  Contrary to popular belief it's not a reckless wing and a prayer and blind luck that keeps the rubber side down.  Nobody ever won a race by going balls out, until they had spent lots and lots of time going with balls in, brain on.  A study, and a fine art that one never truly masters.


The endeavor is lonely, because others can only get you so far.  After that it comes down to you.  Many of the moments in life where I learned what I was really made of happened with a helmet on.  As well as many of my failures.


And the only thing I would change is to have done it all even faster. 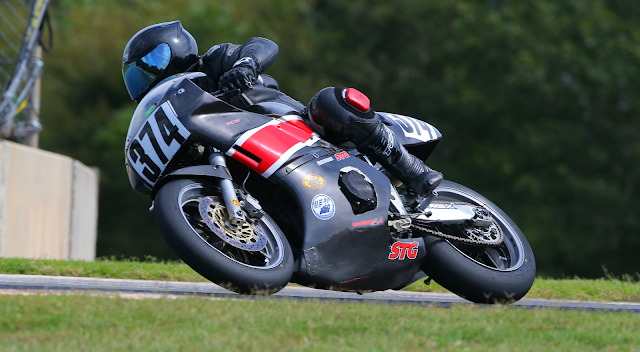 Posted by Kris Larrivee at 7:35 AM