An Apology To My Podium Peers

One of these things is not like the other...... 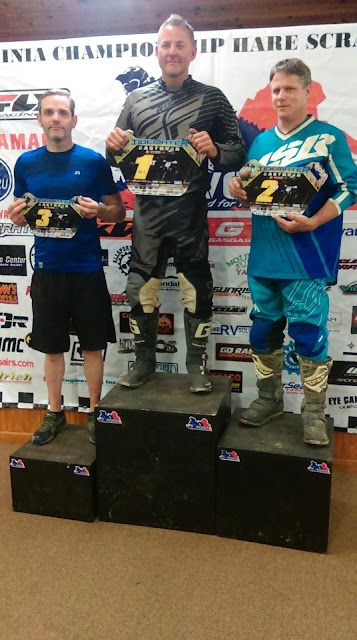 I will be the first to admit that I am an asshole, and this instance will probably prove no different, but when it was suggested to me by a fellow competitor (who shall remain nameless) that I might want to put my riding gear back on because it would look better in the podium photos, I very nearly laughed.  The race had been done for over an hour, the Virginia summer sun blazed down with temperatures at 90, I was showered and smelling pretty and was now expected to put my dirty, sweaty gear back on all to convey the proper image for someone else's Facegore, Twittergram and Instachat?  Ha!

So, I am here now, hat in hand, to offer my sincerest apologies to any of my fellow competitors whose photos I might have ruined through my lack of proper attire.  Perhaps if I ever get my priorities straight, I will be standing at the top of the box instead of the bottom of it.

Posted by Kris Larrivee at 5:09 AM