It is a terrible feeling, being on the starting line, green flag waving, motors screaming, bikes moving, clumps of dirt being thrown in your general direction, as you stand, frozen in place, furiously kicking a motorcycle that refuses to start.  It was worse than getting my pants yanked down in front of class in the 6th grade.....

Such was my experience at the last race.  Never again.  Previously purchased a brand new carb for the Gas Gas from RB designs, complete with his divider plate and idle circuitry mods.  Ron at RB sent the new Keihin with spare jets.  There were a few teething issues and in our conversations he recommended I go up one size on the pilot jet.  I did not listen to him, figuring the bike's reluctance to start was just the nature of a big bore 2 stroke.  I was wrong.  Upping the pilot one size from 42 to 45 made all the difference.  What can I say, I'm an idiot.  Lesson learned kiddies, listen to those who know more than you do.

The other problem with starting was the worn out aftermarket kickstart lever.  It was wobbly and loose and placed your foot at an angle that was extremely conducive to boot slippage.  When things got wet, nearly impossible to get a solid kick. Very frustrating.  I wasn't willing to spend $100 on another aftermarket lever that sucked, so I found a good used stock lever on the Gas Gas site for less than $50 shipped.  What a difference.

The combination of the pilot jet and the kickstart lever turned the 2004 Gas Gas EC300 from a reluctant pig into a first kick starter, making life so much easier and allowing me to save my energy for what really mattered: racing. 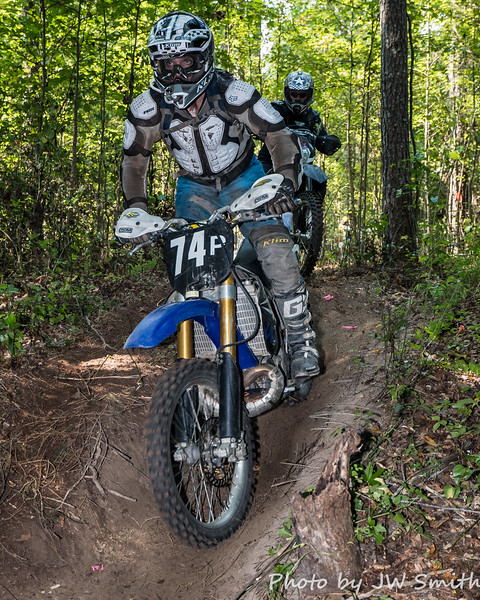 Next: Part III of Changes: The Man